Posted by Jakartass on Dec 15, 2016
Posted in: Compilation. Leave a comment

As well as assembling compilations from my archives, I also dip into those of other bloggers. One such is Orang Lucky who I strongly suspect is or was a fellow expat here in Indonesia. A month or so ago I linked to a compilation he assembled in 2010 entitled Orang Gerantang – New Music from Indonesia. I also linked to Musik Tradisi Baru (2016). Both can be downloaded from here.

In my year end selection, I’ve included one track from Orang Gerantang, by the Bandung band Shorthand Phonetics. Adi Wijaya, formerly keyboard player with I Know You Well Miss Clara, is from Yogya. Railroad Therapy is his first album, still only a privately circulated limited edition. Selecting just one track wasn’t easy because it is from a suite about the journey of life.

I felt honoured when he asked me to write the sleeve notes, which I also did for Erik Sondhy’s Abbey Road Sessions Vol. 1, recorded at the famous London studios last year. Erik is primarily an entertainer who loves playing live in his native Bali. However, his set of numbers demonstrates the depths of his soul and an incredible grasp of styles, from Fats Waller to Keith Jarrett, all of which are melded into his own intimate voice. His album is available through IndoJazzia Musik. 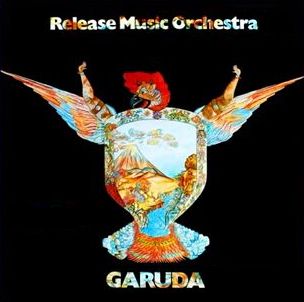 The Garuda is Indonesia’s national symbol, and the name of the state airline. Spotting the track by Release Music Orchestra lead me to their album and the discovery that they were a German prog-rock group heavily influenced by the ‘Canterbury Scene’ genre. So, although the track is derivative, as a lifelong fan of Soft Machine et al, I had to include it.

I know very little about Mo’ong, other than they too are from Yogya and, to my knowledge, have yet to release an album. However, with a track of theirs I included among the several I was invited to submit to the Canterbury Sans Frontieres’ monthly podcast, they have now deservedly been heard worldwide.

Black Merlin is George Thompson who travelled to Bali to record some sounds in the field, adding some electronics to those kettle gongs and hammered gangsa and called it a day.

MediaFire
01. Jherek Bischoff and Amanda Palmer – Ashes To Ashes (2016)
This has been a bad year for the passing of influential musicians, Bowie’s being an early shock.
02. The Raincoats – Family Treet (1981)
A do-it-yourself, play whichever instrument is to hand, group from London
03. Release Music Orchestra – Garuda (1975)
04. Erik Sondhy – Echo Beach Calypso (2016)
05. Adi Wijaya Trio – Lost (2016)
06. Shorthand Phonetics – The Great Pure Saturday Gig in the Sky (2010)
07. Black Merlin – Somewhere in Ubud (2016)
08. Ola Kvernberg – Boog (2011)
Norwegian violinist  Ola recruited some excellent compatriots, such as members of Jaga Jazzist and Mathias Eick, for his album Liarbird, a standout in my collection of Scandinavian jazz.
09. Bruno Pernadas – Ya Ya Breathe (2016)
From a forum recommendation of an eccentric Spanish guitarist’s work. Check him out on YT.
10.