Posted by Jakartass on Apr 17, 2017
Posted in: Gig, Obituary. Leave a comment 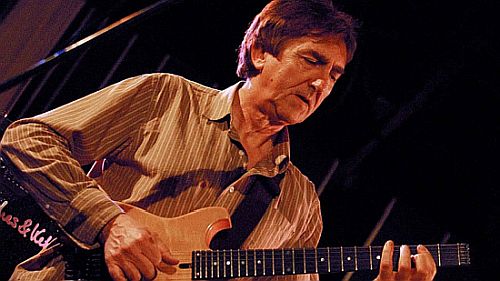 Holdsworth has been cited as an influence by many renowned rock and jazz guitarists. Frank Zappa once lauded him as “one of the most interesting guys on guitar on the planet“, while Robben Ford has said: “I think Allan Holdsworth is the John Coltrane of the guitar. I don’t think anyone can do as much with the guitar as he can.”

Although he rarely remained a group member for long, his playing enhanced the music of many outstanding groups including Nucleus (1972), Tempest (1973), Soft Machine (1975) (Bill) Bruford (1979) …… discography

His restless soul, a quest for expressing himself through his talent means that for many he was a difficult man on a personal level, yet it is his playing in performance which marks his true eminence and how he should be remembered.

I am saddened by his passing, but his music will live on, with a short-term boost to album sales. For completists, you are welcome to download a live set from my archives. The recording date is unknown, but this was broadcast on BBC Radio 1, presumably Jazz Club, on 25th May 1980.